Zyka have now had another training camp! We spent this past weekend at our usual training camp place in the countryside. It was great weather, and very hot. We practised both for our performance at PeppCon this weekend and on Banku. On PeppCon we will close Hatsuyuki, meaning that it is the last time we will ever perform it. So of course we want to do our very best. We practised Hatsuyuki the whole day on Saturday and were very satisfied.

On Sunday we practised Banku, for the first time with music! It was very fun and challenging. Banku training is progressing and we have high hopes for the premier in October.

But of course we didn’t only train. 🙂 In the evening there were time for swimming in the sea, dancing sou-odori, playing games and just generally having fun hanging out. It has been more than a year since our last training camp so it was very fun to get the chance again. Luckily it will not be so long until our next training camp. It will be in October to prepare for the premier of Bankuramou.

After this intensive and fun weekend we are ready for the closing of Hatsuyuki the upcoming weekend. 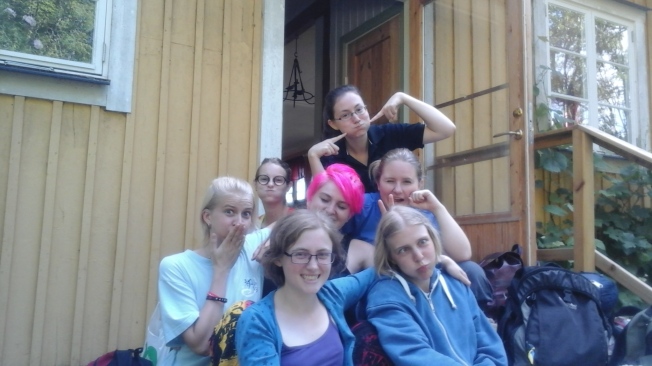 This past weekend we had the first meet-up with YEN, Yosakoi European Network, in Leiden in the Netherlands. Four out of YEN’s five teams participated, sadly the German team Todoroki couldn’t be there. From Zyka WHOlock and I, Oushou, participated. It was an unbelievably fun weekend that we didn’t want to come to an end. For two and a half day we danced, eat, laughed, walked and had fun together.

Leiden is a beautiful city with channels and small cute houses. We arrived in the evening and got to see the waters lit up by the city lights as we walked to our host’s house. The members of Raiden was kind enough to let all of us visiting dancers stay with them, saving us the cost of hotel and also giving us an even better chance of getting to know each other. 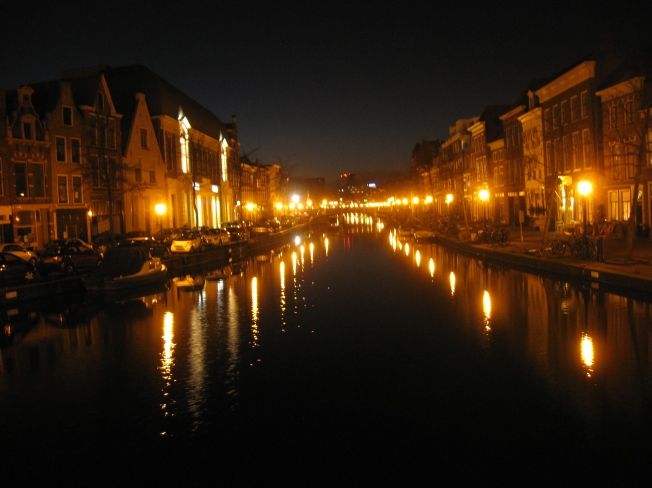 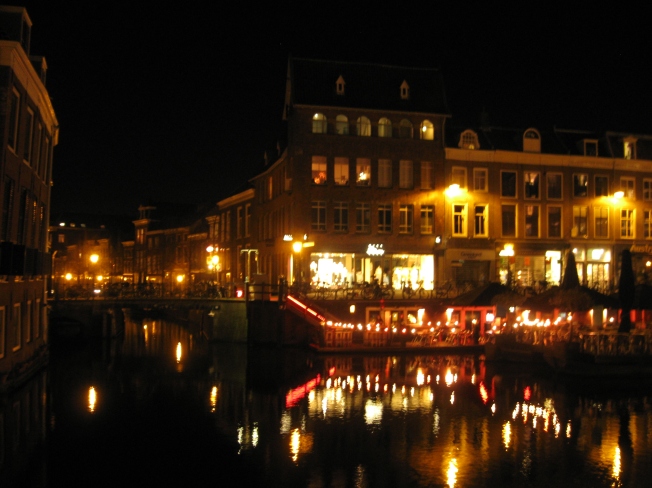 Being so many is a lot different from training just with Zyka, the energy level is nothing alike. All of our teams have different styles, and though we have some dances in common we dance them in different ways. 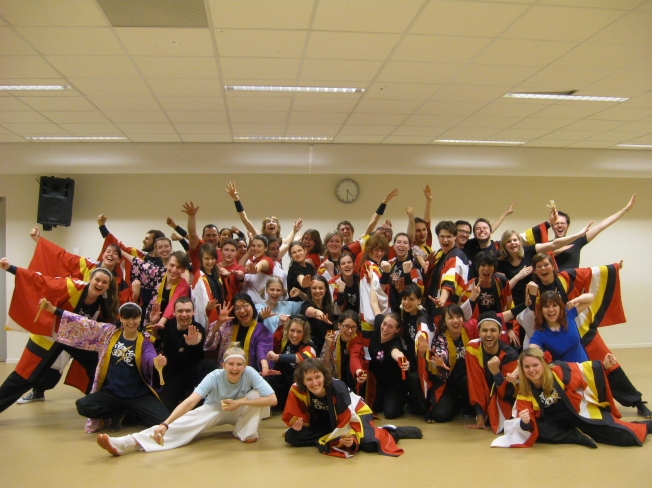 All most everyone who participated in the dancing during Saturday

During the meet-up lasted we all got to know each other. Though from different countries and speaking different languages we are united in our love for yosakoi. And maybe our craziness as well. 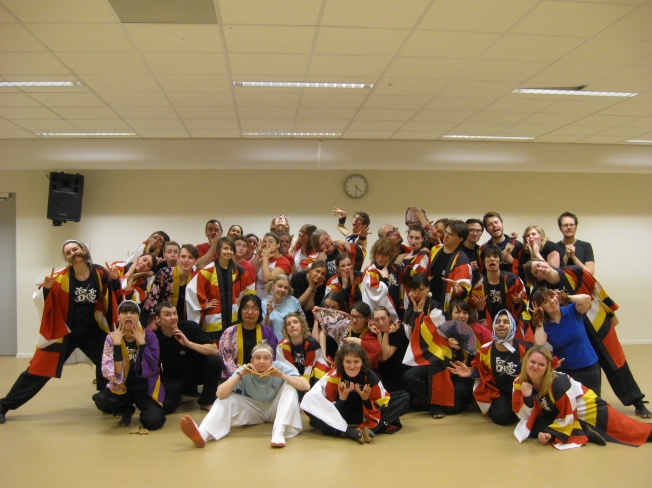 And of course a strange-face shot as well

While there simply wasn’t enough time to talk with everyone as much as I would have wished, it feels like I have known the people I did talk to a lot longer than just for a few days. 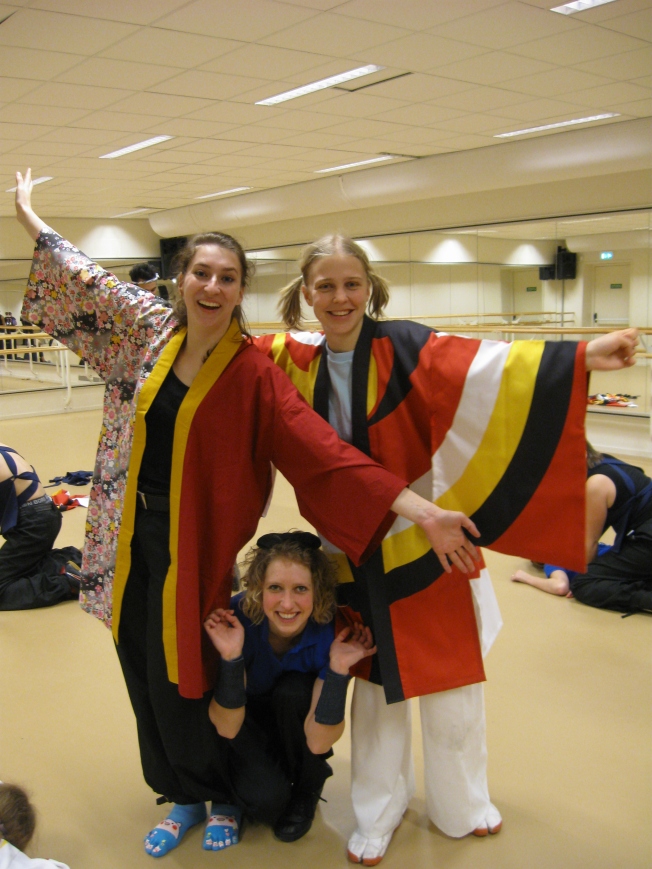 Group-shot of the leaders of the different teams. To the very right is Jordin, leader of the one man Kyoensodefure team Sairanzensen who also took part in the meet-up

The meet-up was organized by Raiden besides yosakoi also had us discover Leiden together during an exciting scavenger hunt and took us out to try local specialities such as pancakes. They were so big!

WHOlock found a bunch of other One Piece crazy people and our last night in Leiden was spent discussing and looking at One Piece things, drinking tea and listing to beautiful piano playing. 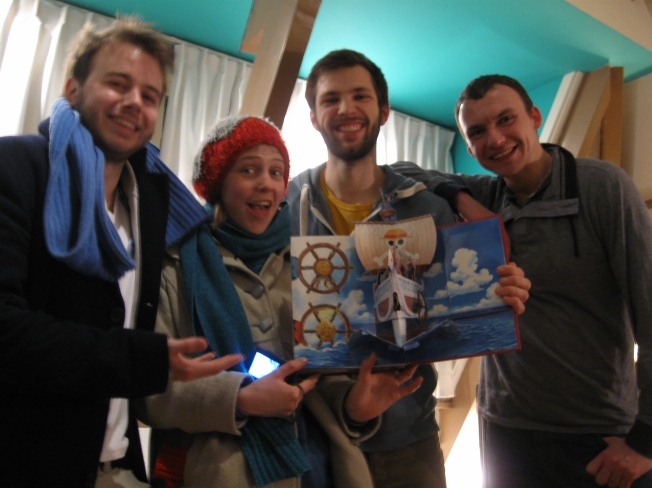 The One Piece team with a much admired pop-up book

In the autumn we have invited YEN to Stockholm for a second meet-up and before that we have the summer performances we still hope will happen. There is much to look forward to and together I’m sure we will be able to spread yosakoi even more in Europe. 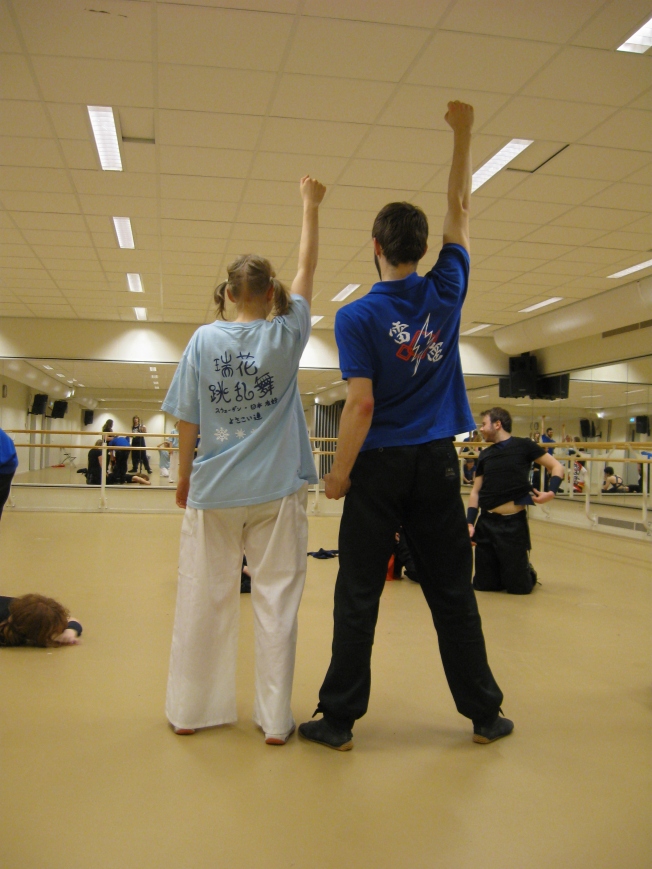 This summer Zyka is very active, preparing for our trip to Japan. Last weekend we had our first summer training camp. We stayed out in the countryside in tents, that after some first doubt worked well. In three days we had a total of 23 hours of practise! We mostly danced the parade but did some stage and flag practise as well. It was really useful to have such intensive training. As usual when we have a camp we had more meticulous training than we normally do, going into detail and dancing over and over and over again.

The funniest special practise we had was, in my opinion, when we danced the parade several times in a row to practise for the parades we will dance in Koochi. In those parades we will dance “Hatsuyuki” 5 to 15 times in a row – in 40 degrees heat and sunshine! Now we “only” danced it 9 times in a row.  But we danced down to the beach and went swimming, which was great because of the heat. We also danced the parade together with the flag for the first time and it worked really well. Even though we must have danced Hatsuyuki a thousand times by now it’s still fun!

The evenings were spent with fun activities. The first night we watched a film about when our sister team in Japan, Zaccu Baran, went to a yosakoifestival in Hamamatsu. After that we watched “Kimi ga odouru natsu” (“You Dance with the Summer”), a japanese film about yosakoi, the koochi festival and dreams. It was very sentimental and good, and it was extra cool to see stuff about the Koochi festival since we are going there soon. Hopefully we will be able to see the team that danced in the film live in Koochi! They are called Honya and are one of Japan’s best teams.

The second night we had presentations about different topics, which we had prepared in advance. We spoke two and two about yosakoi historiy, famous yosakoi teams in Japan and yosakoi teams in other countries than Japan. Oushou and Peanuts had a presentation about how to behave at a festival, both for our own sake and for other’s: Remember to drink water, to be polite etc. It was all very informative.

All in all it was a very fun, tough and instructive camp. Nice weather, lost of dancing and having fun together. Next stop: Japan!

On February 7-9, Zyka Yosakoi arranged our 2nd training camp in preparation for the upcoming premiere of Hatsuyuki/Nysnö, our first self-created performance.

We were lucky enough to once again experience the hospitality at the STF Trosa/Lagnö Studio hostel were we held our first training camp in  2012. On Lagnö we spent two days practicing positions, audience contact etc, but we also managed to cram in some time for watching Yosakoi-videos, playing games and, for some reason, searching Youtube for the most dangerous figure skating moves…

Now we look forward to the premiere of Hatsuyuki, but we hope to be able to hold another training camp this spring! Interested in joining? Just contact us through Facebook or at zykayosakoi(a)yahoo.se. 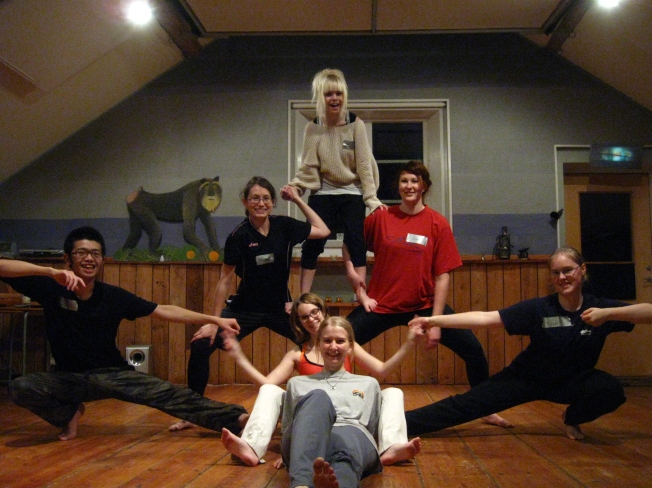