It has been a while. Since we last wrote New Year have passed and we are now in year 2015! Happy New Year everyone!

As was written in the last post Zyka ended the year by holding an event called “Saishuuren” to which our closest family and friends were invited. We performed different dances as well as showed slide shows from both our time in Japan and from the years up until now. This Christmas Zyka celebrated three years! Let’s hope our fourth year will bring us even more fun than these past three have! Always moving forward^^ 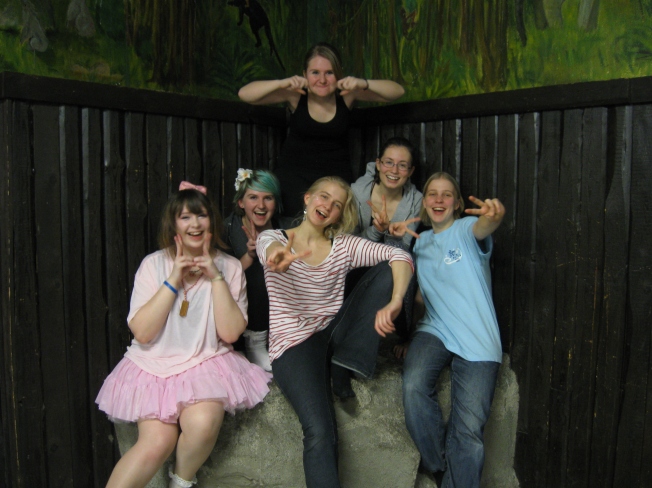 In the beginning of January we participated in the first event of Danskarusellen, a national dance tour Zyka is taking part in. The starting event was called “Katapult” and had all 19 participating teams perform on the same day. It was a long day but also great fun watching everyone else’s performances. There were so many good dancers! 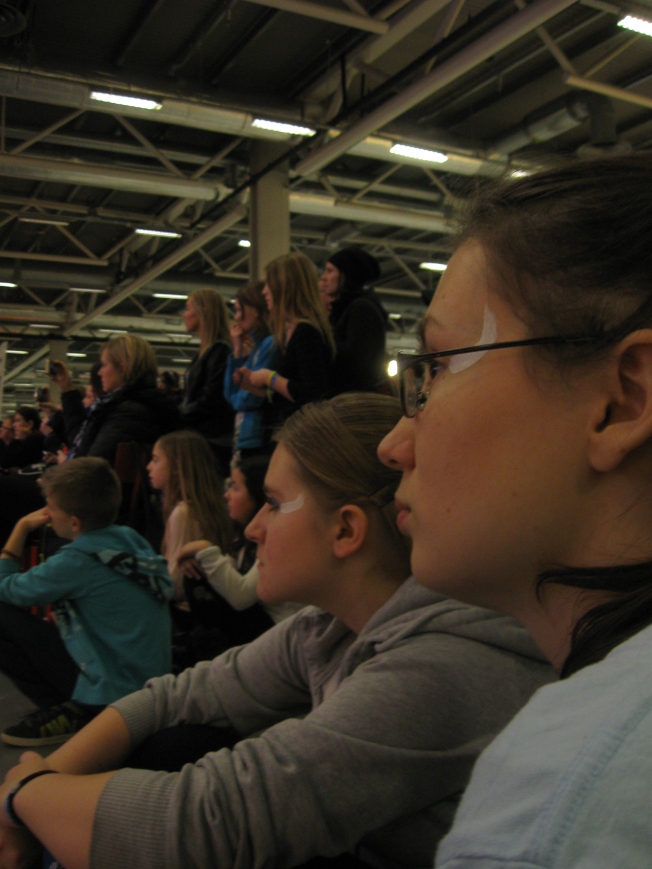 The event was held at MY-fair at Älvsjömässan in Stockholm so in-between the performances we could look around at the fair and try out different sports. Iruka? and Park tried some aikido, in full costume! Thankfully both them and the costumes came out of it undamaged. 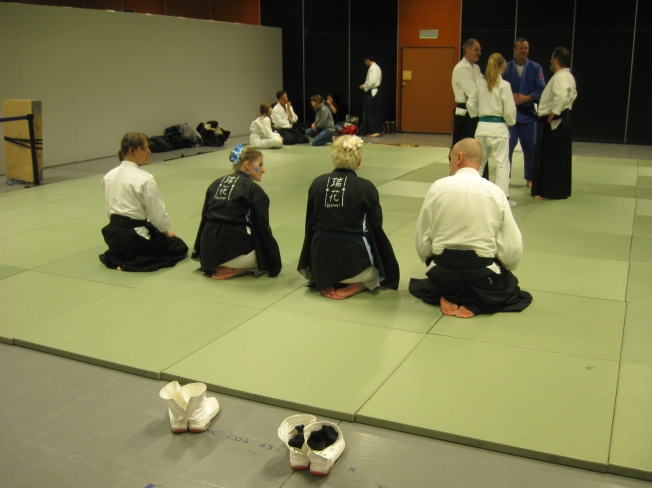 Iruka? and Park training aikido at the MY fair, just before our performance

Soon it’s our turn on stage at Danskarusellen!

And we also participated in the celebrations of the Japanese New Year that Japanska Föreningen organised in Rågsved in Stockholm. It was a fun event with many performances of traditional Japanese arts as well as cute children singing “Let it go” from the movie “Frozen”.

And today we have our annual meeting deciding who will be in charge of what during the coming year. What will the new year have in store for us I wonder? Hopefully lots of fun, for us as well as for everyone else!

Saisyuuren is now over, and it was a great sucess! We were able to show many different dances, styles and costumes; We worked hard and the results were good. Most importantly we had a lot of fun! Zyka is now on Christmas break until after New Years. And then our next big project begins! I have the pleasure of telling you that Zyka has been selected to participate in a nation wide dance competition called Danskarusellen! We will compete against other teams in Stockholm three times during January, February and Mars starting January 6th. Zyka has never competed before and we look forward to this with excitement, although we are a bit nervous too. But we will have opportunities to meet many new dancers of different styles and see them perform, which will be great. Zyka is also, as always, looking for new members. New year, new chance for people to come and try out dancing yosakoi! Amo has made cool posters which we will put up around Stockholm; hopefully many new members will be found!

With Christmas coming up we are working hard for our very own Christmas show, Saishuuren! On it we will preform several new dances, both yosakoi and others. It is fun to learn so many new dances, but hectic as we barely have time for it all. The new dances are also not always our usual style but various other styles. It will hopefully broaden our horizons. Personally I’m teaching Zyka a souodouri from Koochi called Minade yosakoi, which in Japanese means something like “Everyone dances yosakoi together”. This is the first time I’m in charge of teaching a dance and it has been quite challenging, in a good way. Everyone is as usual very eager for our next project!

We are also looking for performances for next year, searching for interesting events and situations where we might have a chance.

In the midst of this we have our concept to work on! Never before have I been involved in a project of creating something like this. It’s very creative and I love the team work. For example, I would not be able to create music on my own but as a group we can do it! Very exciting, I’m really expectant for how it’s going to come out.