Wednesday 6th of August started with breakfast at the university restaurant, breakfast in a Japanese way. Then we prepared for the paintings meant to be on the lorry. 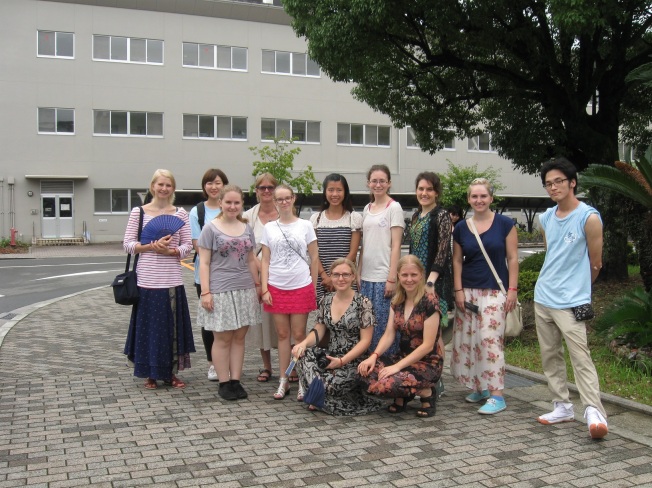 Ready to meet the governor

Ten twenty we were fetched with cars, going to Kōchi Prefecture Office to meet the governor. We were met with a big banner saying Welcome to Kōchi! Standing at the stair taking photos with a lot official people we felt like celebrities. We met the politician from yesterdays dinner and sat down in a conference room and then the governor entered. There were a conversation about yosakoi, Zyka and Sweden. The governor were glad to have a yosakoi team from as far away as Sweden in the festival and hoped us to have a good time in Kōchi. 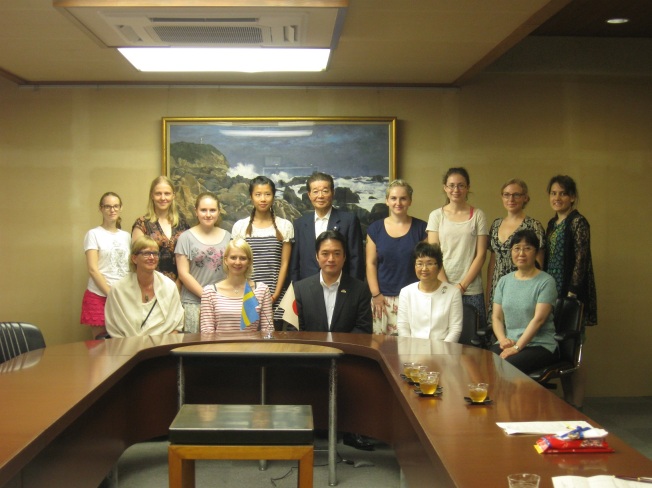 We were shown around in the building and visited the chamber and were allowed to try the chairman’s chair!

Shiozo Nishimori, the politician showed his place in the chamber. They have a system so the new members of the chamber are in first row, but since he been there so many year his place was in the last row.

Back at the university area, after having a nice Japanese lunch in the university restaurant, we started the painting for the lorry. We have prepared pictures illustrating the different parts of the concept, First snow, Storm, Midwinter and Springtime. They are meant to be at the lorry driving in front of us, having the music and the MC.We had good help from the Japanese group at the university who also prepared the boards by painting them white. We also had very good help by Satsui who came up with the idea having a projector to see the prepared picture on the board. Then everything went very smoothly and we worked until ten in evening doing almost three days work in one. 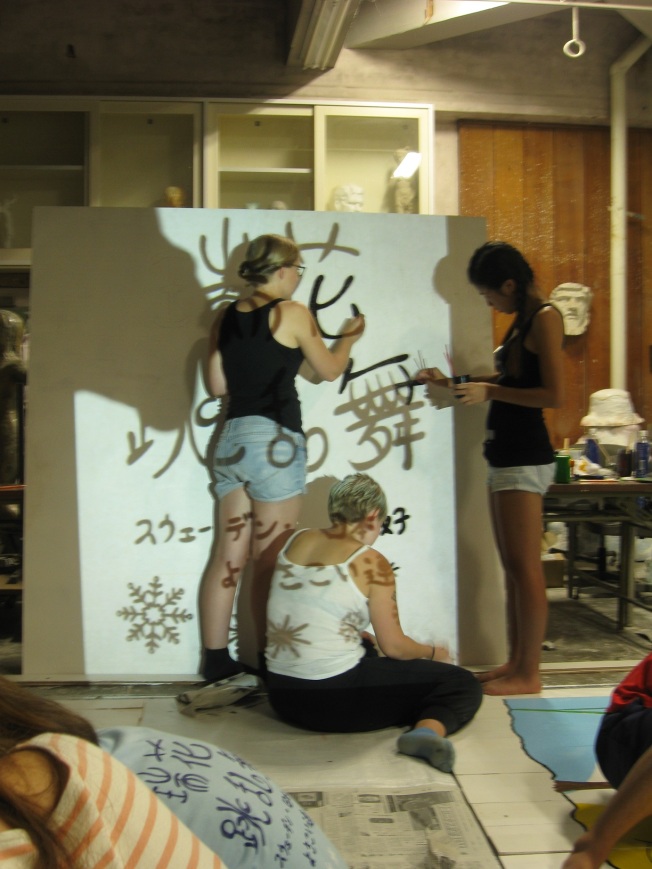 Satsui, Amigu and Park doing the base sketching for the painting 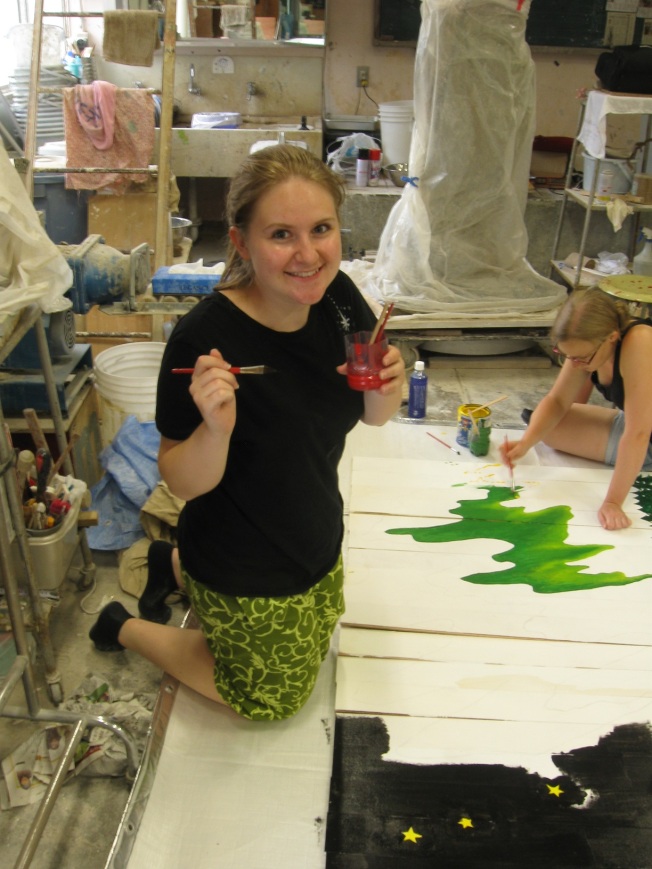 Iruka? in the front and Satsui in the back paining on Midwinter 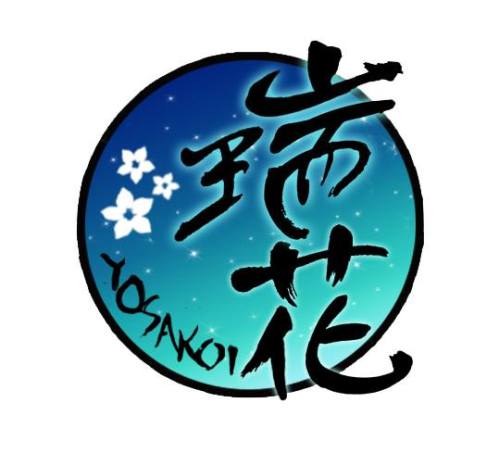